Living with Mold Linked to Severe Asthma: Study
September 8th, 2010 A new study highlights the risk of household mold, which may increase the risk of severe asthma attacks among people with certain genes. The study was published online last month in the American Journal of Respiratory and Critical Care Medicine by Harvard researchers. Scientists found that people with certain gene variants often associated with asthma were more likely to suffer severe attacks in homes with high amounts of mold. The researchers studied data from the Childhood Asthma Management Program, looking at children ages 5 to 12 with moderate to persistent asthma. They found 395 children and their parents who had certain expressions of chitinases; enzymes that break down the cell wall of fungus, known as chitin. They then classified where the subjects lived as having greater or less than 25,000 mold colonies per gram of household dust. They found that 24% of their subjects lived in high-mold living spaces. In homes with high amounts of mold, researchers found severe exacerbation of asthma that often included emergency room visits and hospitalization and appeared to be directly linked to the genetic expression of the chitinases enzymes. In homes and apartments that are rented, landlords have a duty to maintain the property and keep mold levels low, so as not to endanger renters. Toxic mold lawsuits are sometimes filed against landlords if a renter suffers substantial and permanent health problems as a result of the presence of mold that could have been prevented.. However, establishing that the landlord knew or should have known that mold levels were high can often be difficult. 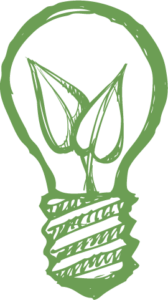